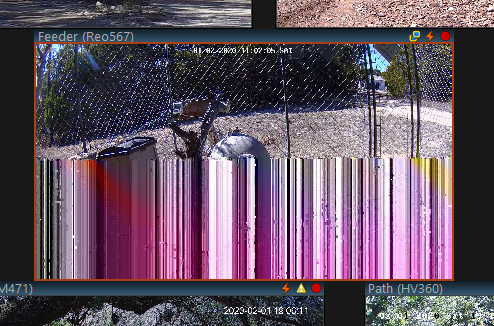 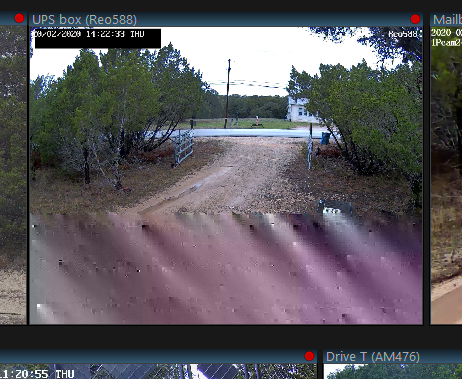 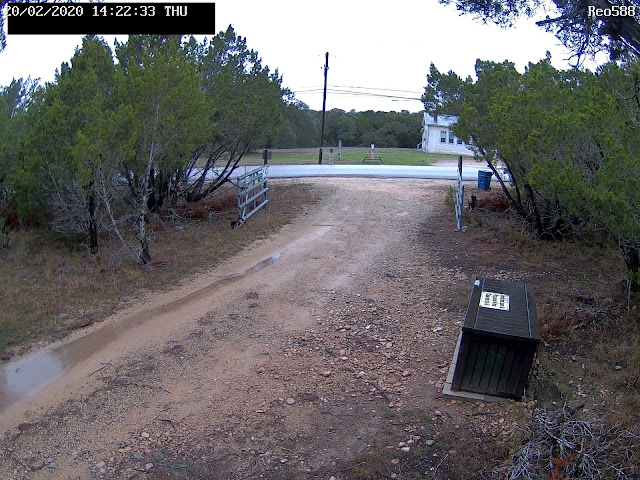 Videos in the Hikvision and Color night vision playlists

The first one I bought was the OEM version of the DS-2CD2347G1-LU from Nelly's Security. Note there is a DS-2CD2347G1-L that appears to be the same thing without audio for about the same price from most sellers. Later I ordered a 2.8 mm version that had just listed on Amazon.

Next these are huge.
If you look close you will notice UP is marked on the case. A nice feature. I usually end up drawing an line on these so I know which way is up out in the field.

To install an SD card (128GB max) or adjust the rotation of the camera takes an Torx-10 screwdriver. Though realistically if you are going to be doing this kind of stuff you should just break down and get driver and set of bits that include straight, Phillips, hex and Torx bits of various sizes. Maybe even an all in set.
Update I found the L shaped Torx it comes with under the packing so you don't need to get one though having a set with screwdriver like grips might make you life easier.

For a quick test I just swapped in place of the west Amcrest skycam. The difference was amazing. For this compare shot I set them all to an exposure of 1/12 and gain of 0-100.

Now this how sensitive the HikVision is. Here I set the Amcrest and Dahua exposure to 1/3 which causes ghosting see this video,  but the HikVision is at 1/30 (double the frame rate). 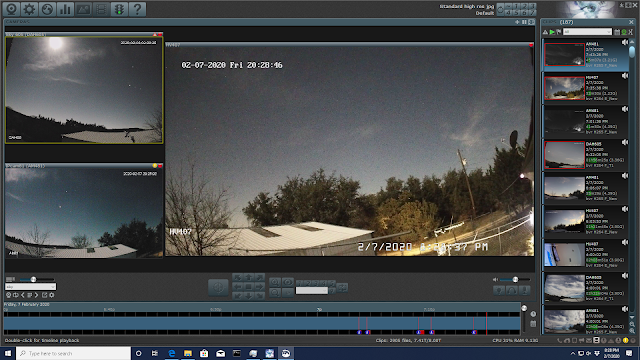 Here is the odd thing. It actually looks darker during the day which is why I did the above video with exposure 1/12. For example here is the next day. 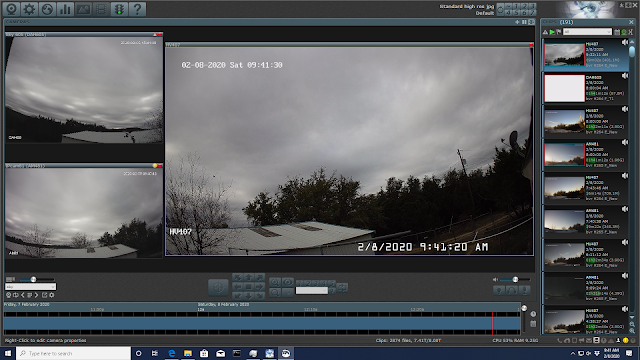 The Amcrest and Dahua are using profile scheduling to switch to automatic exposure for the daytime. The HikVision is still set to exposure 1/30 (it does not have an automatic setting).  It does have profile scheduling but it would appear to be unneeded so far. I checked to make sure it was not switching the exposure based on profile.

Though if you are looking to grab hummingbird stills from the video it appears switching to 1/100000 is doable even on an overcast day like today.

Three days later and an even tougher test. While the moon is technically up you can not tell where the clouds are so thick. Not just dark but but air so heavy with moisture it is almost fog.
Here the old cams are set on auto but and the HikVision is still has exposure set to 1/12
Cranking the old cams down to an exposure of 1/3 it looks better.
Turning on the back door light ~45 feet from the barn in the picture with the old cams still at 1/3. 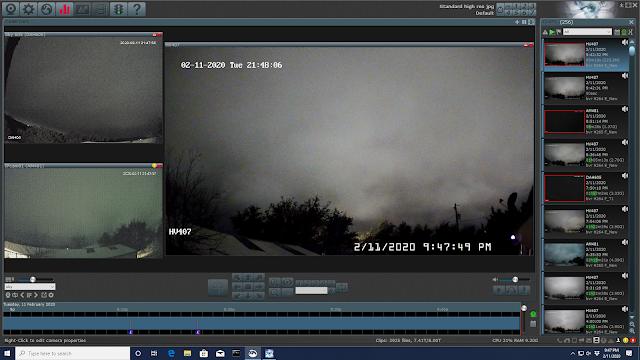 While not applicable to what I'm currently using these cams for they do have extensive motion and other alerts built right into the camera.

Note the Smart Supplement Light setting in Display setting is for the IR LEDs and so does nothing here.

The white LEDs are controlled on this page under System Settings.

The HS-VUT04G1-IA 2.8 mm version is virtual identical to the one form Nelly's.
Firmware on the Nelly's cams was V5.6.2 build 191111
Firmware on the 2.8mm was V5.6.2 build 190701
Nelly's has firmware downloads and support on their site. The vendor looked a bit sketchy so I stuck the cam on my test network for a couple days to see if it was going to do anything odd but it seems clean with no out bound traffic.  I also upgraded the monitoring on my main network which did highlight an issue with my one GW Security camera. Fortunately already being blocked. But now I'll be more likely to alerts if anything else tries something.

Anyway before I swapped the 2.8 mm in as the SE sky cam I set it up for a few minutes just below the 4 mm to get some shots of the the diff the view angle makes. 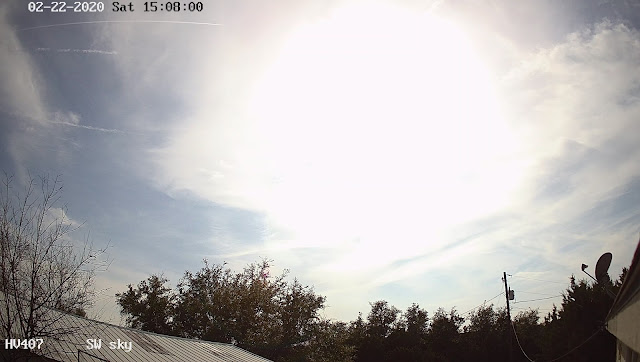 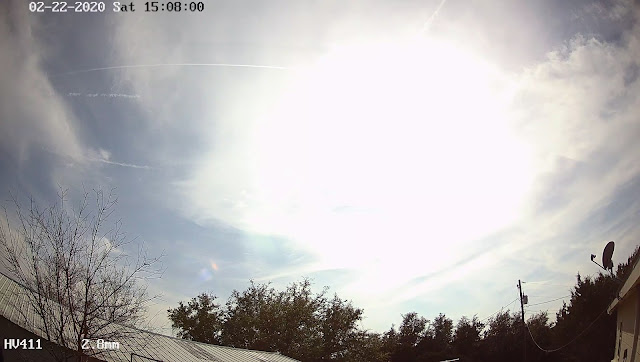 Just 109 degrees versus 94 degrees but if you are looking to stitch them together and or get a bit more vertical coverage like me that diff can be a deal breaker.

One last thing about these that is nice. The POE connection seal. It allows a RJ45 through yet seals air tight which makes swapping them out easy. 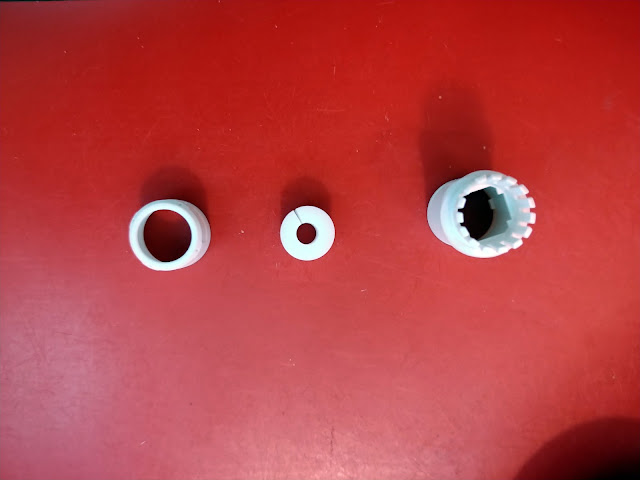 Added a second 2.8 mm to replace the 4 mm so they match. Just ordered a 3rd so I can get a panorama from almost due east to about due north. Unfortunately I do not have a good spot for the north west quarter.