Technically the Microseven M7B77-WPSV1 would not focus at its full zoom. I pushed the focus to the max and then backed off the zoom till I got it to focus at a target about 65 feet away.

Here are the shots for testing recognition at just over 100 feet. First the Reolink 411ws at full zoom looks like this 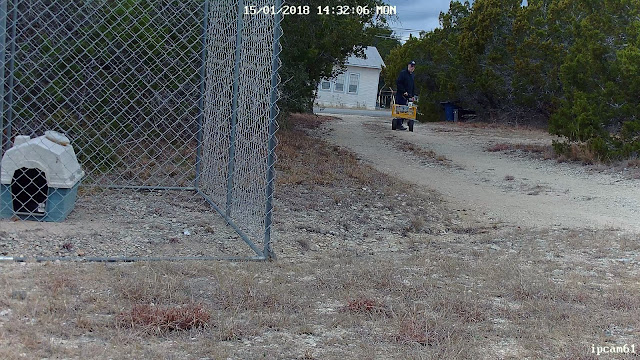 And Microseven M7B77-WPSV1 also at "full zoom" looks like this. 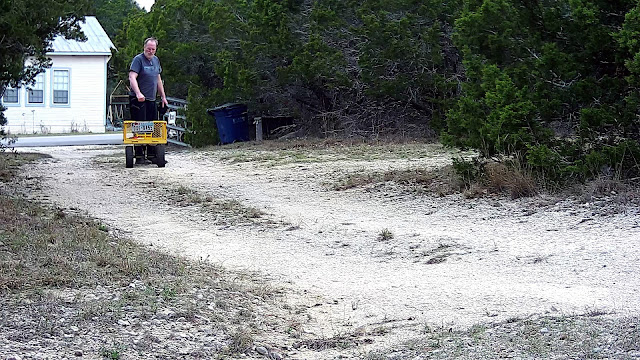 Right off you can see it is zoomed in tighter and clearer. But the rez is lower 1080p @ 3MP vs 1728p @ 5MP. If you zoom in on the pics though you see the higher optical zoom of the Microseven M7B77-WPSV1 (left) still looks a bit better. 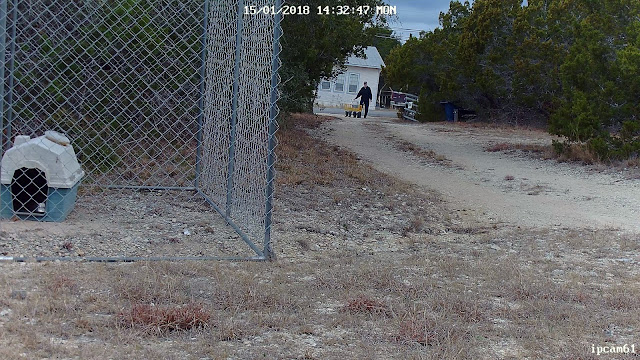 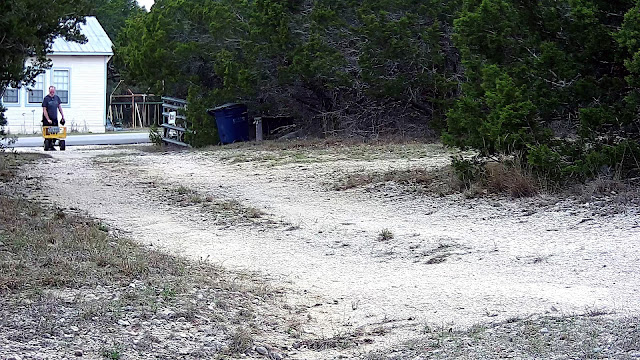 Still neither is all that useful at 200 feet for license plate reading or face recognition.
At 165 feet it is almost usable. Though I'd say my beard looks a LOT longer in this pic than it is. 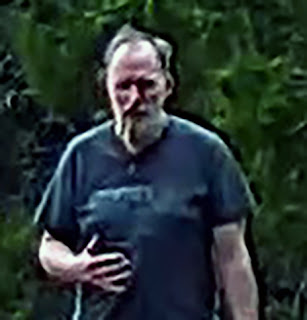 Night vision is better though 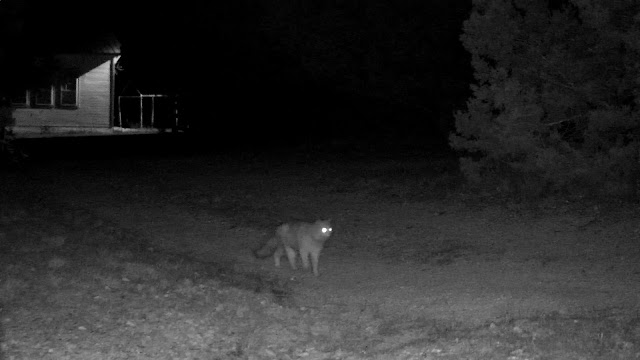 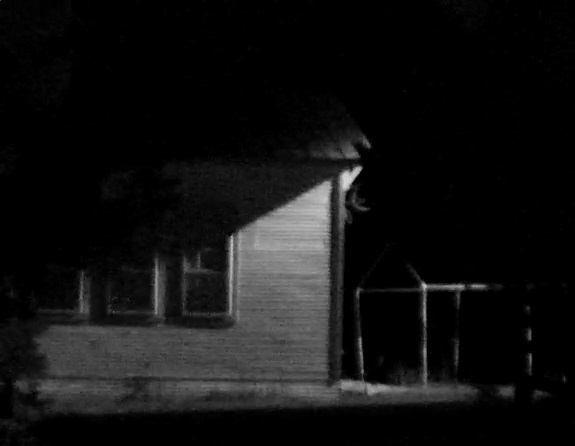 That building is 370 feet away.
Compare with this shot from the zoomed in Reolink 411ws 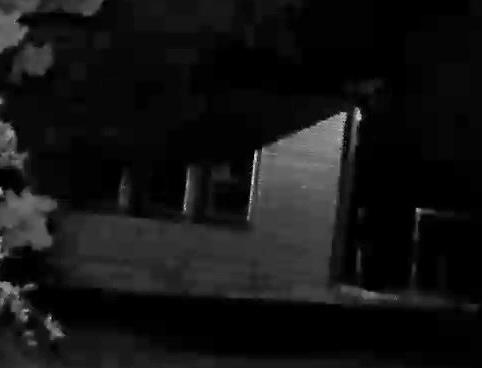 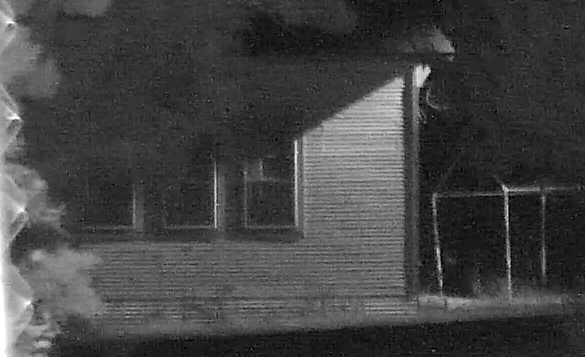 Even with all the grain in the Escam shot might still edge out the others in this one case. Note however the Escam's night vision distance is very limited on its own so without the security light on that building. I should note in the Reolink vs Escam compare there was also an IR flood installed while in the Microseven M7B77-WPSV1 shots above no IR flood was used. For an idea of how well these illuminate here is a wide shot from the Reolink 411ws 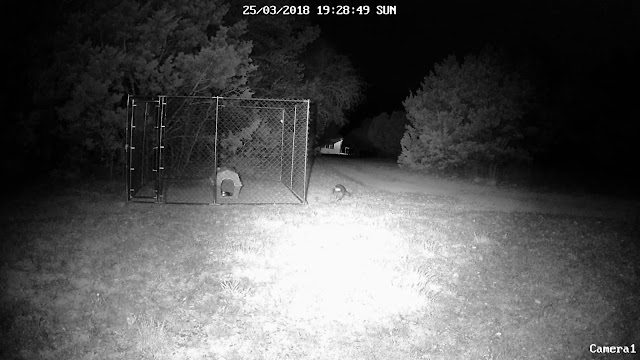 Note the time and name are wrong because it has lost its config again.
Here is the same shot from the Microseven M7B77-WPSV1. Note the name and time display are turned off on it. 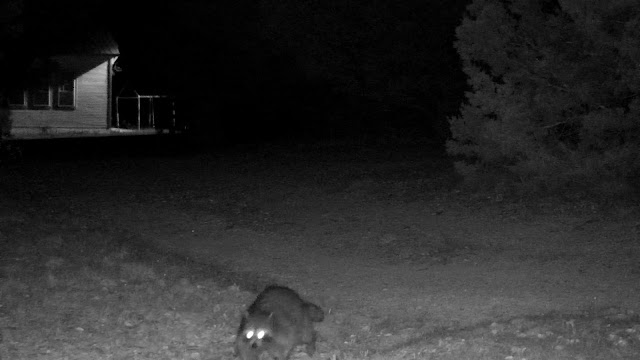 Paired together I think they give great coverage. If I only could have one I'd probably go with the Reolink 411ws given the fact fully zoomed in you still have a wider field of view while getting almost as good recognition abilities at distance. Note I did not include and zoomed out shots from the Microseven M7B77-WPSV1 because it focusing it can be a bit touchy and since it only goes down to 6 mm it still would not be as wide as a standard 70 degree lens at only 50 degrees. The Reolink 411ws above for comparison is 98 degrees.

One last shot to highlight a minor point the OSD of name and time are small and only have top and bottom as options. So in case that matter here is a shot with OSD turned on. 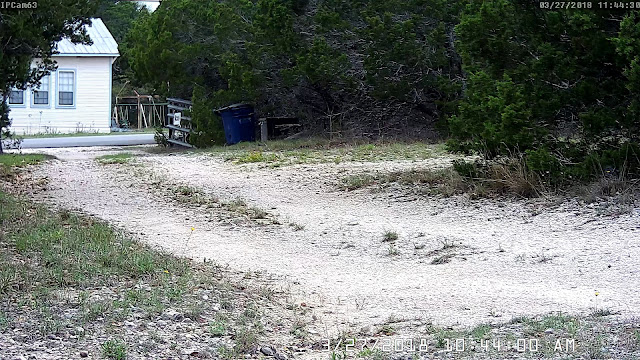 Generally I leave the camera's OSD (top) on as a backup to what Blue Iris has (at bottom). They often get off especially with DST. The Microseven M7B77-WPSV1 OSD I had not even noticed got turned off i earlier shots it is so hard to see.