I've been exporting the occasional video at 60x but I wanted a more automatic and less resource intensive method and would let me do full of half day videos. Something akin to what Weather Underground used to create from uploaded pics or Bloomsky still does. Neither supported higher rez images though and I really wanted to be able to use Hikvision ColorVus to support night shots that you could make out constellations in when the skies were clear.

I was kind of surprised this was not as simple as I thought. Or I should say the first posts I found using the Alt/time lapse frame rate looked like they should work but what you get is a video that plays in real time but only updates the frames based on this setting.

Then there are those that suggest post batch converting which would work in theory but consume a ton of resources.

But what seems to get you closest to a frame every X minute with a "normal" playback uploadable to to YoutTube is the "Periodic, each" recording.
The simplest way to do this is clone a cam. 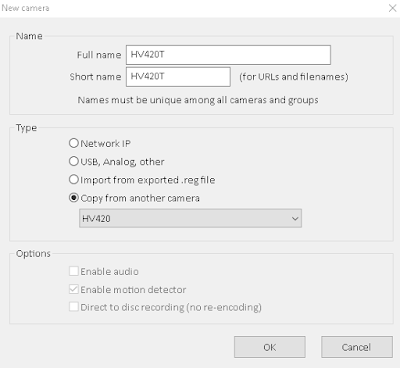 You will probably want to disable audio and motion detection 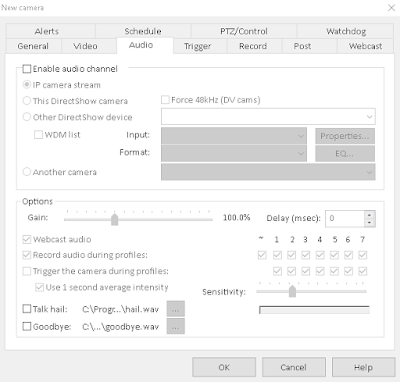 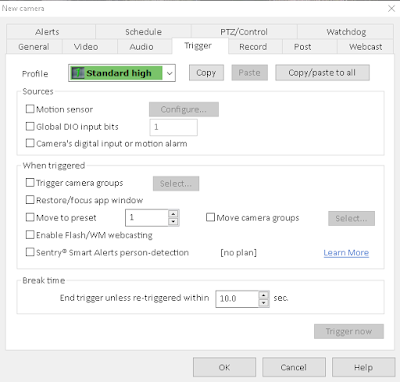 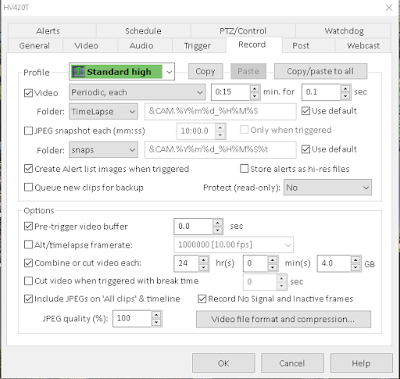 The result looks like this though this is not quite 12 hours long. YouTube seems see this as a 50 fps video yet the run time has not changed. Note their docs say this frame rate is not supported so some more experimenting will need to be done to get it into a supported frame rate but it is working for now.
Since it is a clone of another cam you will probably want it to be hidden as well. 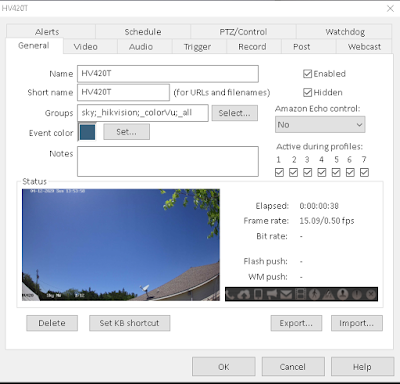 I was doing second attempt at a merge but this time with time lapses. (see first attempt here using exported video)  It seems the way Blue Iris is creating the time lapses, despite the identical settings, can have two of the above style time lapses out of sync be as much as 30 minutes even after syncing start time and adjusting the fps of the longer one to match the sorter. I was planning on moving my 4 sky cams onto a pole to better capture sunrises and sunsets anyway. Now that I see time lapse merges it not going to work I have added motivation the get that done. Though for the comet time lapses the direction was perfect. Though again would have been nice to be a bit higher.
Posted by Avatar42 at 2:46 PM